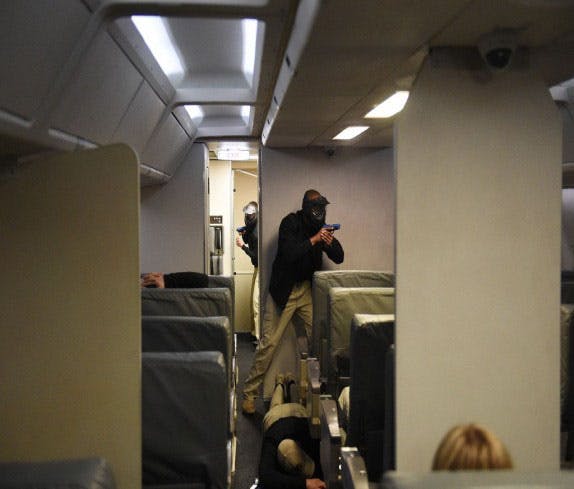 The ENDURIT MVC-8 was applied to below grade concrete after it was properly prepared by mechanically profiling and grinding. The material was applied while the building was occupied. Due to the fact that the ENDURIT MVC-8 has zero VOC’s and is low odor, the existing air handling equipment was adequate to allow for application without any additional air handling equipment.

The ENDURIT MVC-8 coating operation was completed in one day, and the training center was open for scheduled classes the following day. Two days faster than allocated.

After over 8 years of service the ENDURIT MVC-8 is still protecting the Air Marshal training center as designed.